The ideal candidate will possess the following qualifications:

Connecticut Repertory Theatre is the producing arm of the University of Connecticut’s Department of Dramatic Arts. CRT produces under a year-round contract with Actors’ Equity Association, and serves as a cultural center for Connecticut and the New England region. CRT productions are directed, designed by, and cast with visiting professional artists, including Equity actors, faculty members, and the department’s most advanced student artists. CRT operates on the belief that the synergy between professional and advanced student artists creates a unique learning environment for the development of extraordinary theatre.

Selling more than 20,000 tickets annually, and nearly 3,000 subscriptions, CRT presents a wide range of material including premieres, contemporary plays, classics of the American musical theatre, and great works from the canon of world drama presented with both traditional and experimental points of view. CRT is also the performance outlet for the Department of Dramatic Art’s internationally acclaimed Puppet Arts program, the only degree-conferring puppetry program of its kind in the United States. 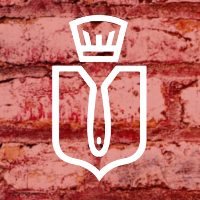